I was inspired by my friend Chelsea, over at Haute Child in the City, to do a list of ’10 things you don’t know about me’! But this proved to be quite hard for me because as a self-proclaimed “OPEN BOOK” for as long as I can remember, I feel like not much has been left unsaid! LOL! And honestly, if you’ve ever wanted to know something, all you’ve had to do was ask!

But just in case you don’t feel like you know enough, HERE’S EVEN MORE!!! 🙂

2. What’s my favorite food? Crab legs. I can easily eat 6 pounds in a sitting, which is why ‘all you can eats’ are the only way to maximize my desire for them. I don’t even mess with that 1 pound on a plate BS…THAT’S NOT A “CRAB FEST” RED LOBSTER!!! If we’re talking sweets, I love donuts so freaking much…Duck, Rise, MJ’s, Harris Teeter, Krispy Kreme etc…if the ‘hot light’ is on…I want to be there.

3. I also LOVE olives (all kinds, I’m not picky)…so much so, that I got them in my stocking for Christmas growing up. Why then? Because they were expensive, and my parents didn’t have that kind of money year-round to buy them for me to eat. So Santa would give them to me! 😉 Knowing that tradition, Joshua now gets them for me, and every Christmas morning they’re in my stocking. (Say it with me, “AWE!!!!!!!!!”) Which also means that he’s trying to find a grocery store that’s open at 10pm on Christmas Eve to buy said olives 😉 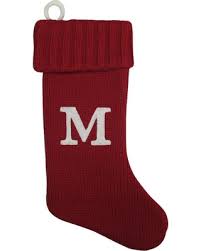 4. For as far back as I can remember, I’ve always been “OBSESSED,” and not just in the way the Kardashians say it. 🙂 I was always intrigued by docu-series, and inevitably they’d “educate” me to the point of making me paranoid about something. I became obsessed with washing my hands/spraying down my desks/not touching any door handles/rails, etc. after I watched the one on germs. I also counted every Honda I saw on the road for three years…OUT LOUD. I developed a cough that I had to do every five seconds, or else I would burst (also lasted for years). I would bite all of the skin on the inside of my mouth til it felt totally smooth, except it never would of course (lasted for a decade). For many years, I’d need my hands constantly wet, but I hated the feeling of lotion, so if it had just rained, I was excited to touch every car in the parking lot. I would pick all of the skin off of my feet religiously too. I am SUPER proud to say that the ONLY habit I have left of all of these is my Blistex reliance. Yes, I rely on it. But it hurts NO ONE, and it’s cheap, so I’m not giving it up! Do I realize that I probably had some OCD tendencies, that probably at some point needed medical help? OF COURSE! But look at how I’m doing now?!!! 😉

5. On a serious note, speaking of things that needed medical intervention, I had an eating disorder for many years (also watched a docu-series on this), and I probably used everything in #4 as a distraction/to cover up the real issue I was hiding. I was anorexic and bulimic, anorexic for all of 8th grade and parts of my high school life, and bulimic in college. It lasted for about six years on and off, and all came to a head at Appalachian State University when I was on the cheerleading squad. I got busted by some dorm mates, and they confided in some people, and those people told the coach. I was asked to leave the squad, and go get the “help” I needed. I was in group therapy (don’t recommend), individual therapy (with a dude…don’t recommend), and saw a nutritionist. I played along, and tried to get better, but wasn’t getting very far. Then I met Joshua, and all seemed right with the world finally, and I stopped disordering almost immediately, and haven’t relapsed since. He better never leave me…NO PRESSURE JOSHUA! 😉

6. Growing up, I LOVED to watch infomercials, and LOVED to watch QVC. I am such a sucker, because I felt like those peeps were talking DIRECTLY TO ME!!! Mission accomplished tv hosts! I don’t know how many Christmases I asked for a food dehydrator, simply because I wanted to make beef jerky! It’s also a HUGE reason why I went to school for broadcasting. I wanted to be one of them more than life itself. Or a host of ‘Regis and Miranda,’ E! News Daily, The Today Show, or Trading Spaces! I even applied to host that show once 😉 I can still get sucked in to a QVC broadcast if I’m not careful, but at least this time, I don’t beg my mom to order me the TODAY’S SPECIAL VALUE!!! 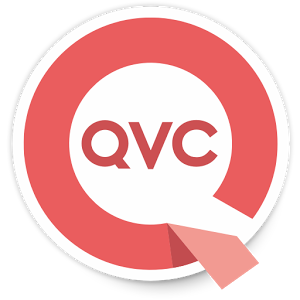 7. I haven’t seen any movies that were put out before I became an adult. Okay, that’s a slight exaggeration, but not by much. We weren’t allowed to watch movies growing up…for no specific reason other than my parents wanted us to be OUT of the house, not IN the house. It was also expensive to take us to the movies, so we didn’t go. The exceptions were Batman, and Batman Returns (I don’t know why). This includes Disney movies yall! I saw The Lion King at a friend’s house or else who knows when I would’ve finally watched it?! To this day, I haven’t seen Snow White, Sleeping Beauty, Cinderella, The Little Mermaid, Top Gun, all of the Star Wars pre 2015, The Goonies (I’ve since tried and just CAN’T), ET, Fast Times at Ridgemont High, Back to the Futures, Scarface, Indiana Jones’, and the list goes on forever! NOW that I get to make my own decisions, movies are a favorite past time of mine and we go A LOT.

8. What we WERE allowed to watch growing up was JEOPARDY! Yep! We were always allowed to watch JEOPARDY, which means that I’m extremely good at trivia, but a master at nothing 😉 I still LOVE to watch it any chance I can, but fully realize I’d never be smart enough to be on it. 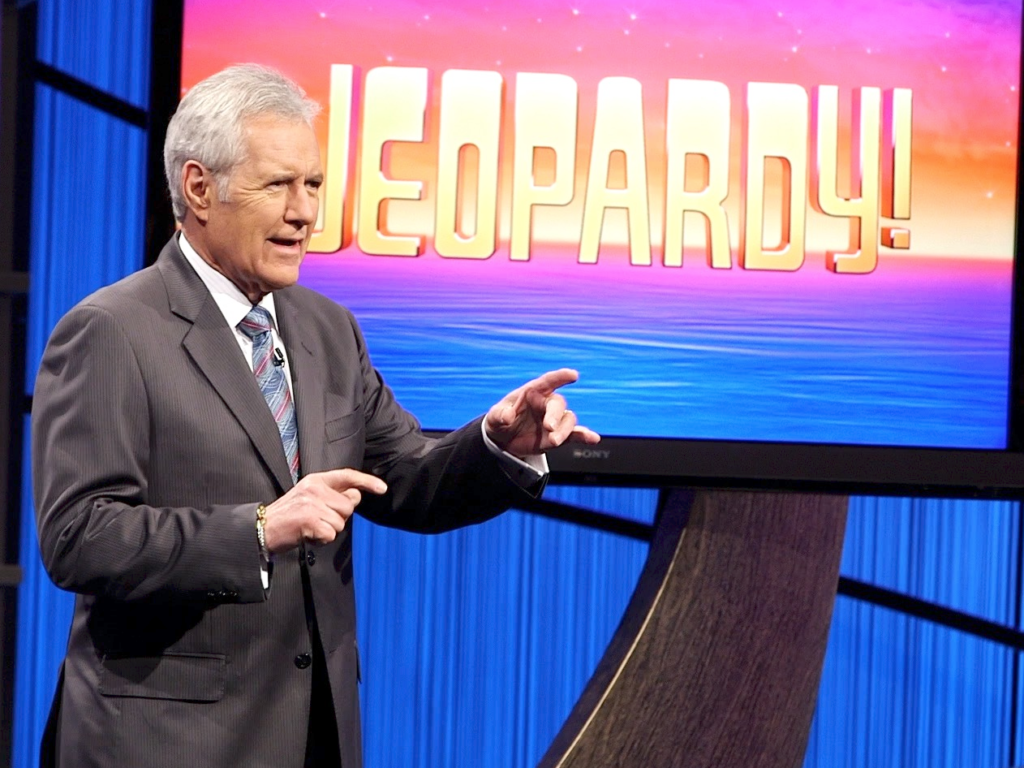 9. I secretly want to be a comedienne (watch my Instastories and you’ll see the stage show ;)). But my stage fright would prevent me from ever seeing this to fruition, plus my fun friend, self doubt 😉 I’ll say this though…if I ever even got the courage to attend a comedy class, and for some reason decided to step foot on a stage, NO ONE in my life would know about it until I became a huge star. Then I’d let everyone in on the fact that I’m killing the comedy game, and they can get seats for my special that I’m obviously taping for Comedy Central. And I realize having stage fright doesn’t seem like “me” because I’m an emcee, on television a lot, and do speaking engagements often. But comedy is a whole ‘nother ballgame (as is karaoke).

10. I’ve wanted to be a surrogate for seven or so years. Ever since I had Lilly (our second who is 8 years old), and we knew she was our last kiddo, I wanted to help others who couldn’t have babies. I wanted to be a gustational surrogate, which means it’s the other couple’s egg and sperm (or a donor’s), not mine or Joshua’s. I have extremely easy/uneventful pregnancies, and I was watching so many friends close to me go through infertility. I knew I could carry a child, and “give it up” to its parents without issue, because 1. it’s not my baby, 2. I didn’t get super attached to my own children in vitro 3. it’s not my baby 4. it’s a contractual agreement that everyone enters together 5. it’s not my baby. (Did I make the point that’s it’s not MY baby?) It’s an intense process full of ups and downs, highs and lows, and I actually have offered a few of my friends my uterus. But the couples all ended up getting pregnant on their own (which is awesome)!!! I doubt it’s still in the cards for me to do (being a mom of two, a nanny of two, and a guardian of four keeps my life ever-changing as it is), but it’s on my heart for sure, and always will be!

So now that I’ve shared a TON of personal information about myself, share something about you in the comments, so I can feel less vulnerable 😉 PRETTY PLEASE…don’t make me beg 🙂 If enough people play along, I’ll do another list because as I was writing this, I realized there’s plenty more to share!

My staycation at The Dunhill was packed with perfection!