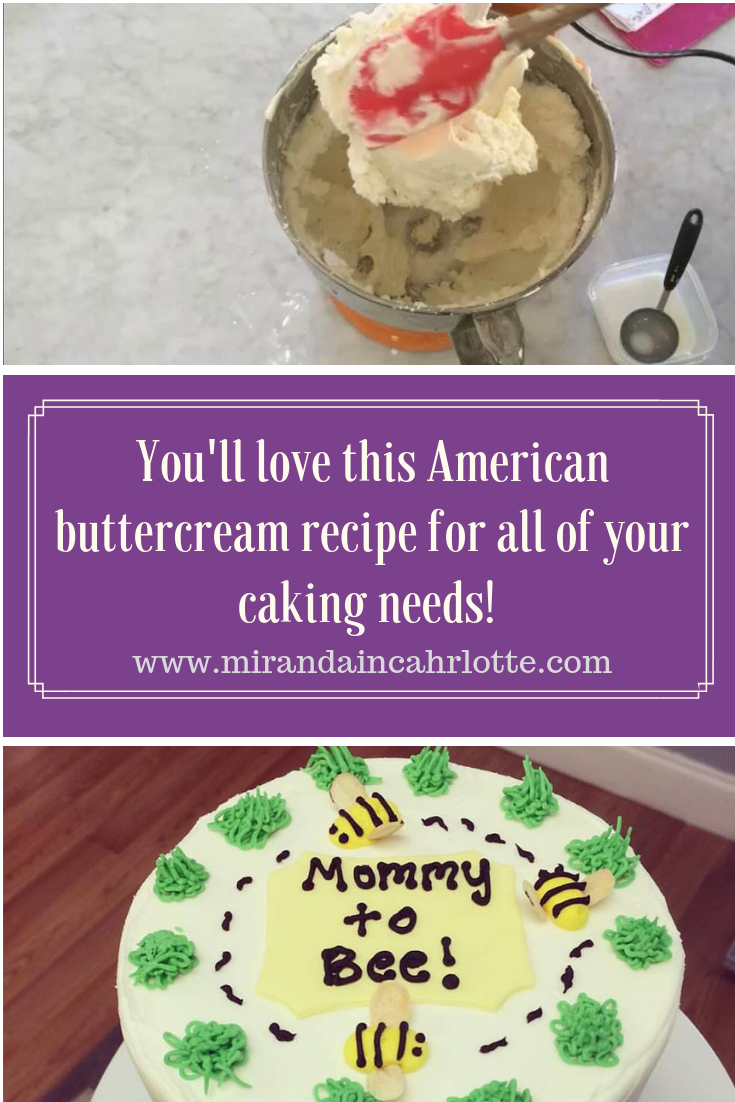 Only four people know this recipe, and I would bet only Kelley (my head baker) remembers it by heart! So the fact that I’m putting it out there for everyone to see, is MAJOR. #notallheroeswearcapes 😉

Got What It Cakes’s Buttercream

American buttercream recipe, that crusts for a smooth finish, and can hold up to hotter weather!
5 from 1 vote
Print Recipe
Course Dessert
Cuisine American

I’ve used 1%, 2%, or whole milk before, and all work just fine! If you need more milk, add it very sparingly, as a little goes a long way!
Keyword buttercream

See the video here to watch my process…again, it should take about 10 minutes to make the buttercream!

So there ya have it! You will LOVE this buttercream recipe, especially if you’re not a whipped icing fan, which is more the meringue-based icing! This is also what you’ll hear some call a “crusting buttercream” because it firms up without refrigeration, and you’re able to use a VIVA paper towel to smooth it!

As for storing the buttercream, it can sit out at room temperature for up to five days. After that, keep it in the fridge for up to a month. Any longer than that, and I’d just freeze it! To thaw, take out and put on counter for at least four hours, if not overnight! I always like to put mine back in the mixer and rewhip it before using it again!

You can always add different extracts to the buttercream, for example, lemon. In that case, start by adding the lemon extract (start with a teaspoon), then taste it. Add the vanilla extract after that, if needed, and taste. And only add the almond if you still want to after that. But it’s not always needed with other flavors!

Yes, the cake below was iced in this buttercream, not fondant! Only the decorations are fondant. You can see the entire ‘You are my sunshine’-themed birthday party .HERE!

I cannot stress enough that a Kitchenaid mixer makes all of the difference in my baking life, and this is the OG! YES, it’s an investment, but worth it! I also can’t stress enough how much I love an extra-long handled spatula when using my Kitchenaid! Gets to the bottom of the bowl without my hands getting too messy!

I’m an Amazon affiliate, and that means I make a small commission, at no extra cost to you, by shopping through my links. 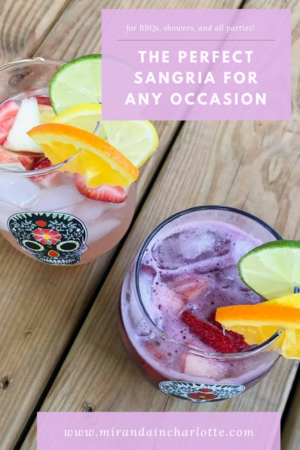 how to make the best sangria ever!

We wish you a “Merry Fishmas!” 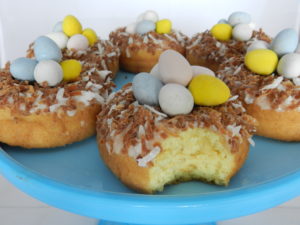 Cadbury eggs in a Donut nest!