I’ve had brown, almost black, hair my whole life. I occasionally would add honey color highlights when I felt like getting extra crazy 😉 But for the most part, I’ve always looked the same. Brown eyes, brown hair, olive skin. When I was a collegiate cheerleader, I was asked to grow my hair, so I did. When I met my stud, he mentioned how he liked short hair. Short hair?! Hmmmm. That’s something the magazines don’t teach you about! But I was down to try short hair, so I gave it a shot, and loved it. And I’ve pretty much, as an adult, had short brown hair ever since! 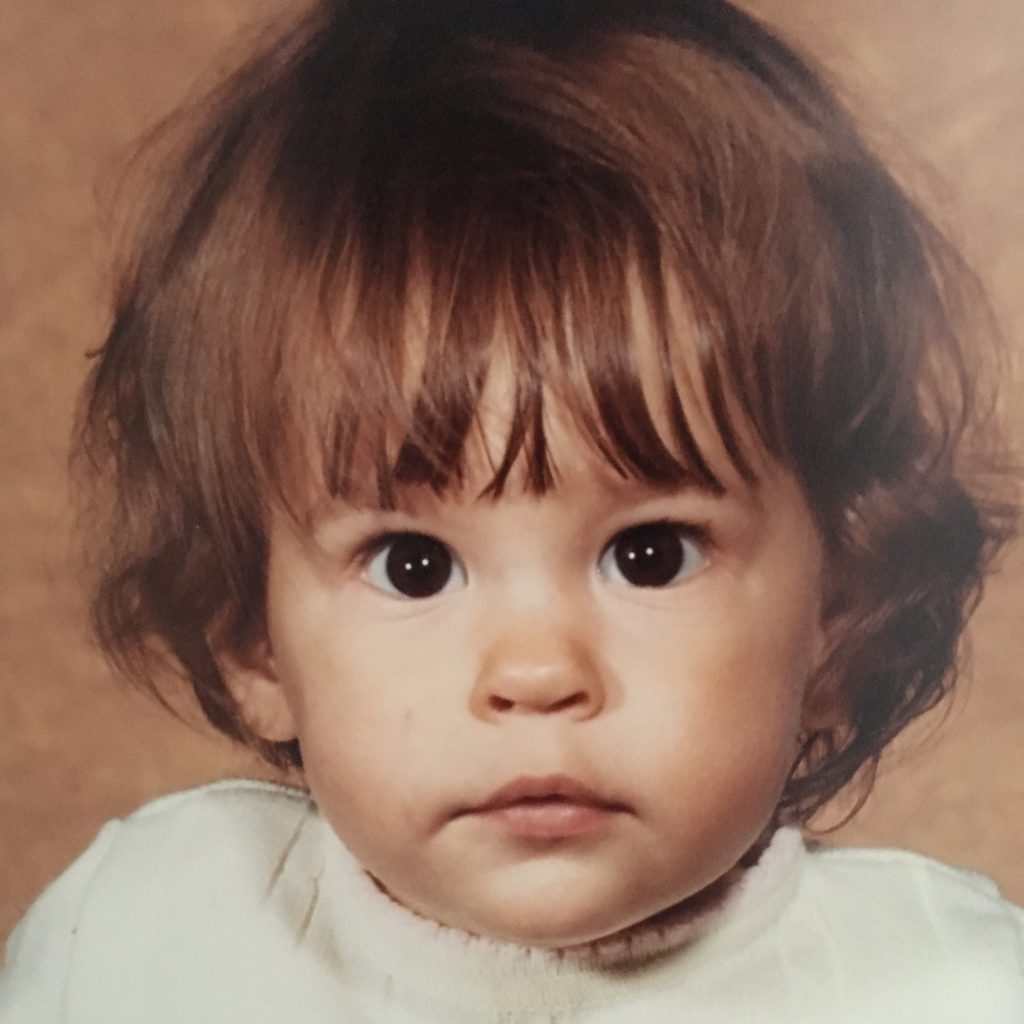 My mom went grey in her twenties and I always assumed I would do the same. I had mimicked so much else about her, that I just figured I’d be grey by 30. Which I was totally fine with because I thought that grey hair was so pretty. But no matter how stressed I was, how little I took care of myself, how much I wanted genetics to take over, my hair just wouldn’t go grey! I know I’m in the minority here, but I’ve never had an issue with “aging” in its traditional sense. I like turning another year older, I don’t fear the big numbers, wrinkles are fine by me, my skin has been sagging for years (especially my stomach, if we can even call it that), and my mind was gone long ago! So it never surprised anyone when I said I desired grey hair!

I also loved that fashion colors were super popular, and if I couldn’t go grey, I would go for a fun color instead! I decided to pull the trigger 9 months ago, and I dyed my hair hot pink!

And people were so complimentary, but I heard one phrase over and over again, and it made me feel uncomfortable at best, and unworthy at its worst. “YOU ARE SO BRAVE. I COULD NEVER DO THAT!!!” Now I know people meant it as a compliment, but it didn’t feel that way to me.

Because I know ACTUAL BRAVE people. Like Savannah, who is a 8 year old battling mitochondrial disease, and who is in and out of the hospital every few months. I know a 5 year old named Braden who six month ago was running around his backyard, and who is now learning how to walk again due to acute flaccid myelitis. I have my brother and sister-in-law who have served multiple tours in Afghanistan and Iraq. I know a mom, who buried her son due to cancer, and is now battling breast cancer herself. THESE PEOPLE, and countless others, are BRAVE. Dyeing my hair a fashion color isn’t “brave.”

Now, what I think you mean to say, is that maybe it’s something that you wouldn’t have the “guts” to do. That maybe I’m “BOLD.” But let’s talk about that really quickly. Why is putting a fashion color in your hair a big deal anyways? Why does it require any amount of “guts?” We realize it is just hair, right?! Like, it grows out. OR you can dye it right back if you absolutely hate it. OR you can cut it off. It isn’t a permanent situation. I don’t say to natural brunettes, “you’re so brave to dye your hair blond!!!” I mean, that sounds crazy, right?!

Or does this goes even deeper? Maybe it has to do with the fact that we don’t want to do anything not deemed “normal” or “safe” when it comes to our ‘look.’ In high school, raise your hand if you grew out your hair long because your friends all had long hair, or because you heard that guys ONLY like long hair! (PS, I still hear that out of adult women’s mouths all of the damn time…please stop saying it). When I cut my hair in a mohawk, I got the “bravery” line too, A LOT. All I did was cut my hair in a style that I thought was badass. 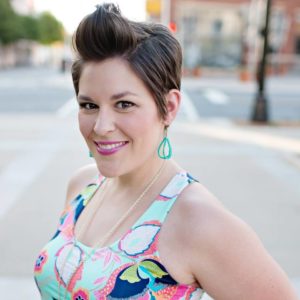 People would say, “I can’t pull that off, but it works on you!” Well, fun fact: You can’t pull anything off if you aren’t willing to at least try it 😉 I get it (a little bit) if we’re 14, and still feeling the effects of peer pressure. But I’m thirty-five damn years old, and I’m telling you, I CANNOT be bothered by peer pressure of any kind. I don’t care about the Joneses, or Mrs. Jones’s hair. I can’t wonder or worry about what my friends or strangers will think of my hair cut and/or color.

And I also think of it this way. What if I got cancer, and potentially lost all of my hair? I have no control over that, but I still HAVE control over my hair. I get to CHOOSE what I do with it. So I consider it on honor, not a badge. And I am not brave. I am simply a girl who dyed her hair pink. And then Carolina Panther blue, for the football season of course 😉 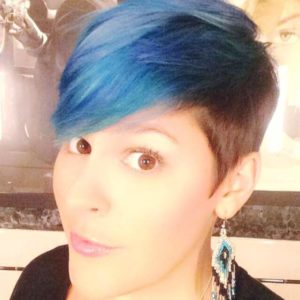 But I promise, blue (or pink, or purple, or rainbow) hair has nothing to do with ME being brave. It simply has everything to do with you, and what you maybe want to do, but won’t. I’m here to say, “YOU DO YOU!” And if you want to chop it all off, or go a “crazy” color, I’ll come hold your hand at the salon, but I promise, it’s not that scary 😉

And since this is a hair post, it would be unfair to yall if I didn’t post my BEST hairstyle, and by “best,” I mean, WHAT WAS MY MOTHER THINKING?!!! 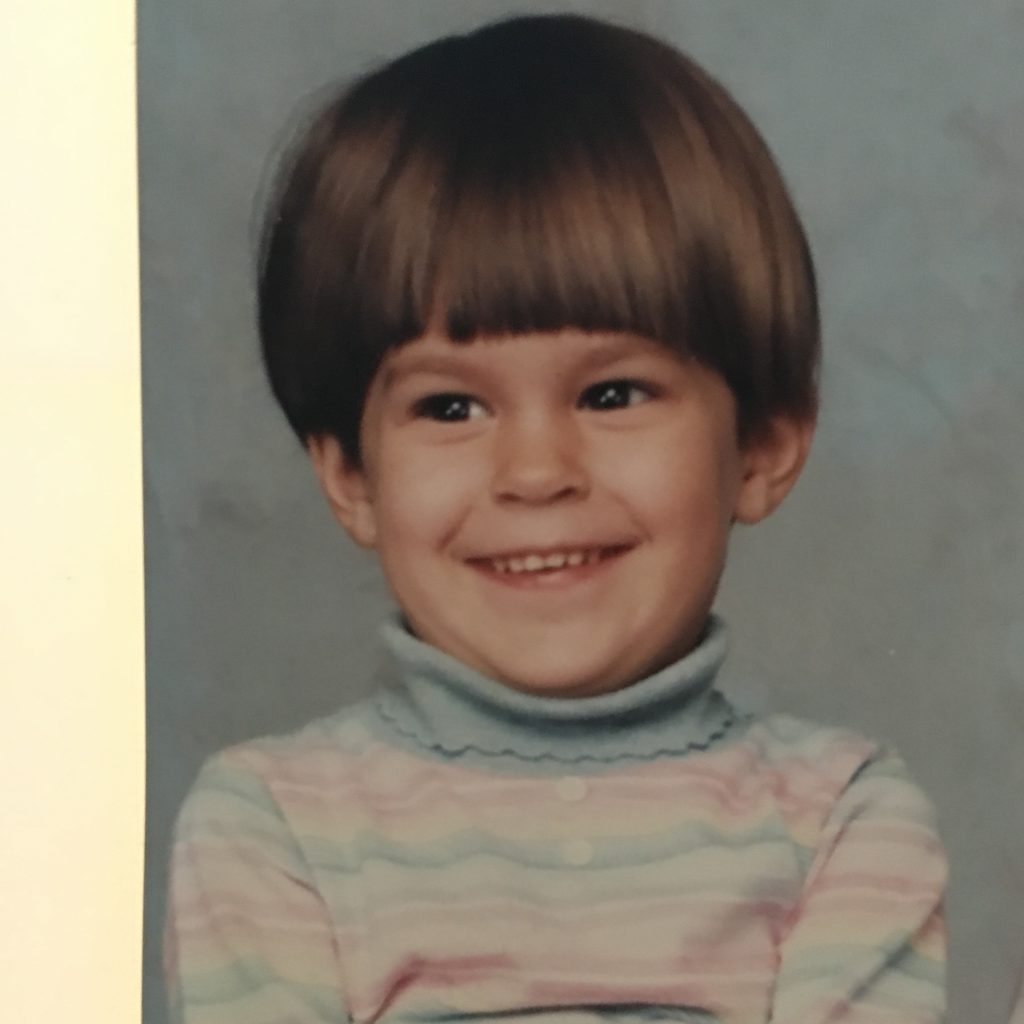 I’m not sure if you call this a “mushroom cut” or a “bowl cut,” but I just call it “AMAZING!” This is the sort of stuff that keeps one humble. And to answer my own question above, my mom’s answer was “Your hair just never grew very fast, and that was the style back then!” You’re welcome for the pic everyone! 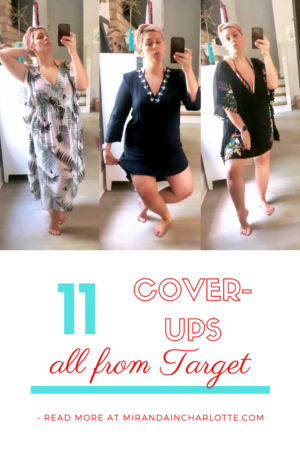 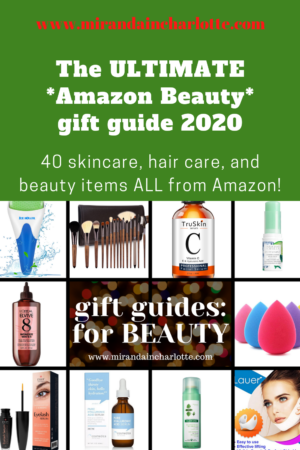 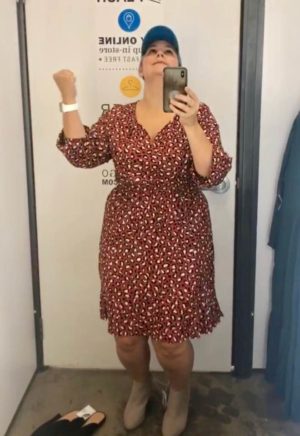