Hey girl hey! (And the occasional guy who wants to read my blog…possibly my husband, or George?!) Welcome to Miranda In Charlotte, and its very first blog post!!!

Let’s address the name situation first. To everyone who has or does call me “Mandie,” you’re probably wondering who Miranda is? Well, it’s kind of complicated…thanks to Barry Manilow (oh, and my parents). They told me my whole life that “we LOVED the name Miranda, so we named you that, but then Barry Manilow came out with the song, Mandy, and we needed a nickname so we called you that!” Yes, apparently Mandy is a nickname for Miranda in Mary and Jack’s eyes.

BUT THEN, about two years ago, my dad let it slip that they actually LOVED the name Mandy, and wanted to name me it, but needed a full name to give me, so they thought Miranda would work “okay?” And this theory DOES make more sense now that I think about it, because a quick google search showed me that Barry’s song came out in the early 70’s, and I was born in ’81. But just because they’ve thoroughly confused me (and everyone else), I get back at them by telling people that they named me Miranda because they were being read their Miranda Rights after being arrested WHILE conceiving me in the back of their sweet Ford Gran Torino!!!*** Makes me laugh every.damn.time. Serves them right!

And because this isn’t confusing enough, I decided to change the spelling of Mandy to Mandie in eighth grade. What can I say? I was/am complicated! I actually wanted Mandi, and wanted to put an accent mark over the i, like I’d been doing in Spanish class, but my mom wouldn’t go for it. So we compromised with ie 🙂

But a lot of you are reading this saying, “but I’ve always called you Miranda!” And you’re right! You may have! Because you met me:

See, when I met Joshua, he was all, “Mandie’s short for Amanda, right?” And I was all, “yeah, you’d think! But no. It’s Miranda. My parents were getting arrested while conceiving me in my dad’s car!” (See?! Funny every time). And he said, “I think Miranda is a gorgeous name.” And I said “ME TOO! And actually, my ‘intro to television’ teacher told me I should go by Miranda instead of Mandy if I wanted to sound more professional on camera!” So just like that, I became “Miranda!”

Now, because I’m not Puff Daddy/P Diddy/Diddy, I didn’t make people, who had called me Mandie for 19 years, start calling me Miranda, but if I was being introduced to someone new, I said “I’m Miranda.” Herein lies, why I’ve gone by these two names for the last 15 years, and it’s a total pain in the ass. I don’t know who calls me what, how to answer my phone, what to put on my email signature, or my voicemail. Just today, I had to introduce myself to a group of people on a charity committee, and said “I’m Mandie. And Miranda. I have two names. Just go with it!” (as I rolled my eyes)!

{Yes, I realize these are #firstworldproblems. I never said this blog was going deep}

So I’m declaring Miranda as my name from here on out! If you want to still call me Mandie, that’s fine! Please do! And I’ll repeat that because I know some of yall are going to comment “I’m still going to call you Mandie!” Fine! But if you want to call me Miranda, that works too!!! I look at it like this…*if* I have a decent amount of years left on this Earth, I might as well go by the name I like more. Even if my parents don’t! 😉

So since we’re speaking of titles…MIRANDA in CHARLOTTE…sound familiar anyone? Ding ding ding! They’re two Sex and the City character names! I never watched the show religiously, but any time I caught it, I loved it! New York City is my favorite city besides Charlotte, so why shouldn’t it have a tiny place in this blog space?! Plus, I also thought with “sex” in this article a few times, it would show up higher in the SEO. KIDDING. Kind of. Sex, sex, sex. I’m shameless. 😉

Anyways, welcome to my life, and how I choose to live it! I’ve been told I need a reality show, and this blog might just be that (hot mess of a) show!

But for now, I leave you with the song that made me a Mandy. Truth be told, I love the song, and see why my parents love it too! Let’s just keep it a song, and not my name, mmmkay?

***I really WAS conceived in Charlotte, possibly in the back of a car (my mom won’t tell me), but no arrests were made. So she says…

LOVE YA MOM AND DAD!!! #meanit 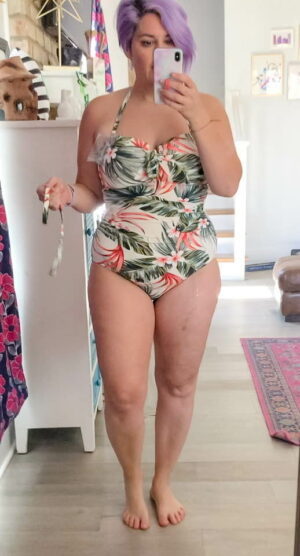 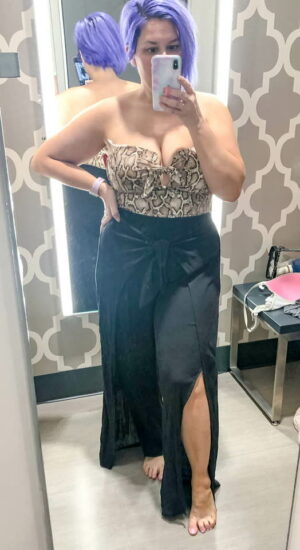