And I feel like I’ve been hiding it from the world!

Or at least from my social media, which sometimes feels like the whole world to me! (Is that pathetic? LOL! Don’t answer that)

Starting on Friday, I kind of went unplugged, not so much intentionally, but because of a few factors. Let’s start with the text I got from my mom saying that there was a fire in the warehouse at work. Keep in mind, my husband works with my parents, so when there’s a “fire in the warehouse,” I’m worried about a lot of people, including many in my family.

Essentially, a machine in the warehouse (that operates off of oil) has a safety sensor which protects the oil from getting too hot, but it malfunctioned and started to smoke. My dad and an employee quickly grabbed fire extinguishers, but it was too late, and a ball of flames exploded, shooting 20 feet in the air. This caused the sprinklers to go off and flooded the 50,000 square foot warehouse and every thing in it with three inches of standing water. 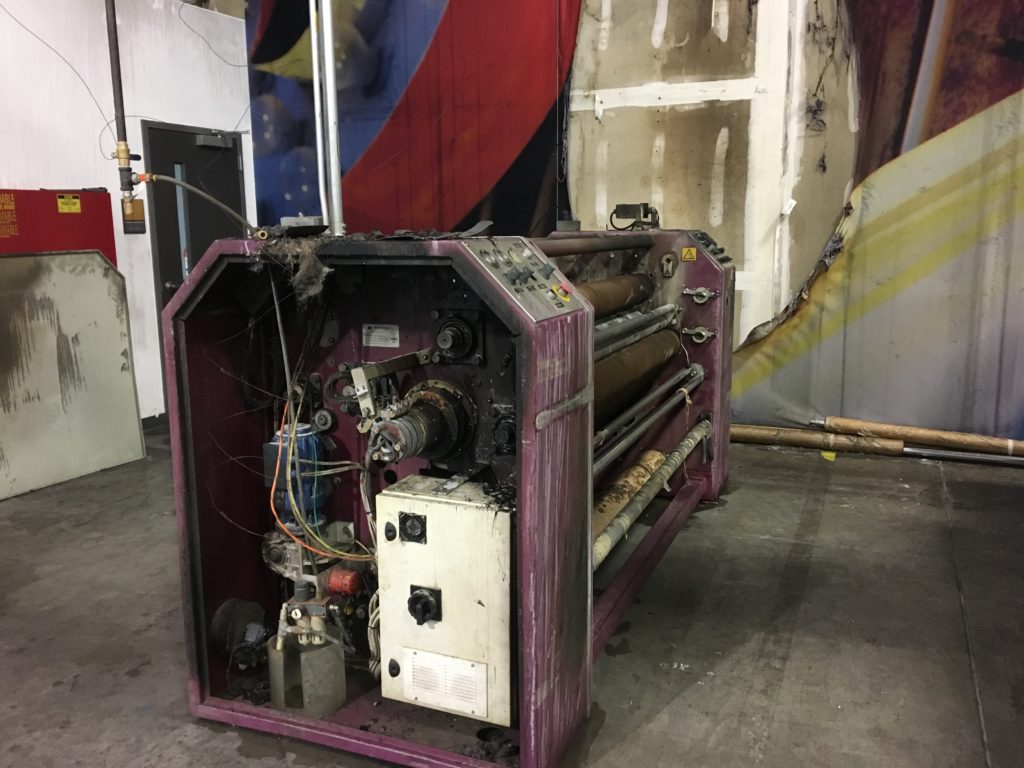 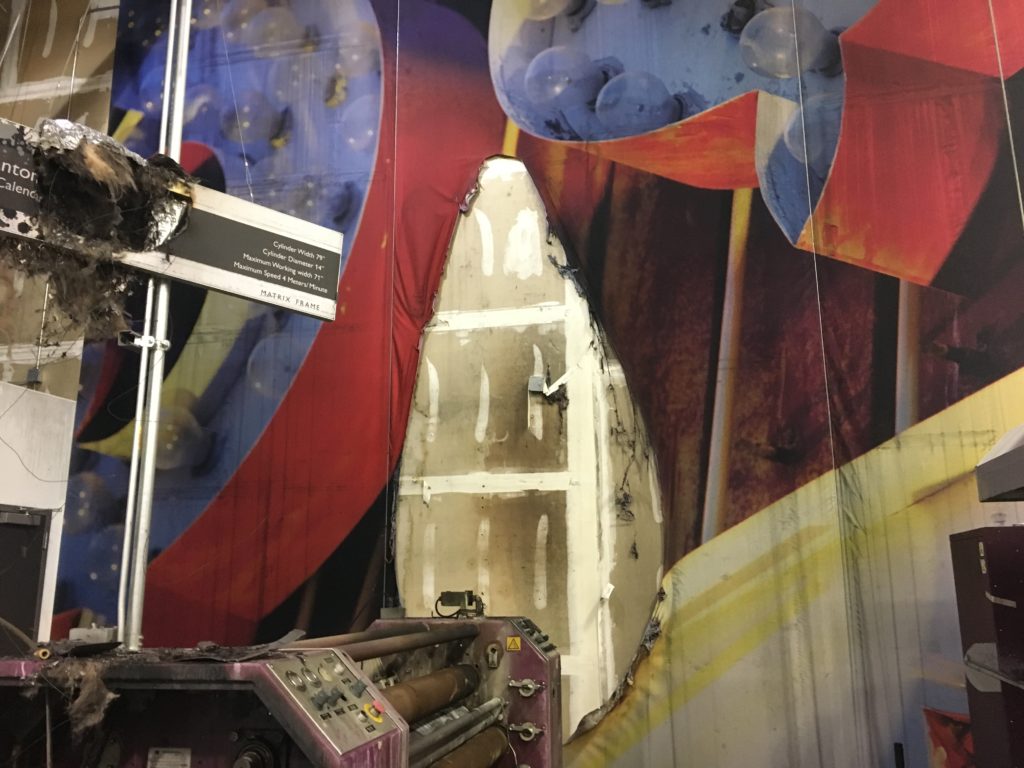 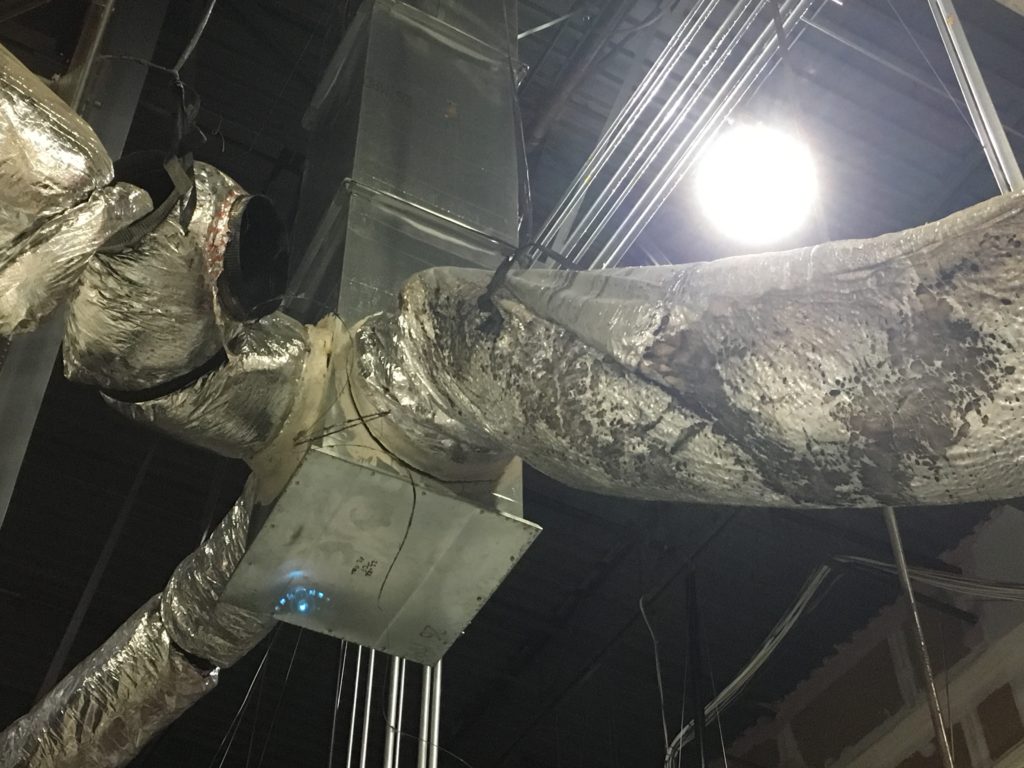 All will be fine, those injured will be fine, and this is what insurance is for, but it was obviously traumatic for everyone involved. And thus started the weekend of insanity, and I just wanted to focus on my family and friends and see what needed to be done immediately, and what could wait.

And at this exact same time, Joshua had arrived at the office with the surprises that make the title of this blog post make sense… 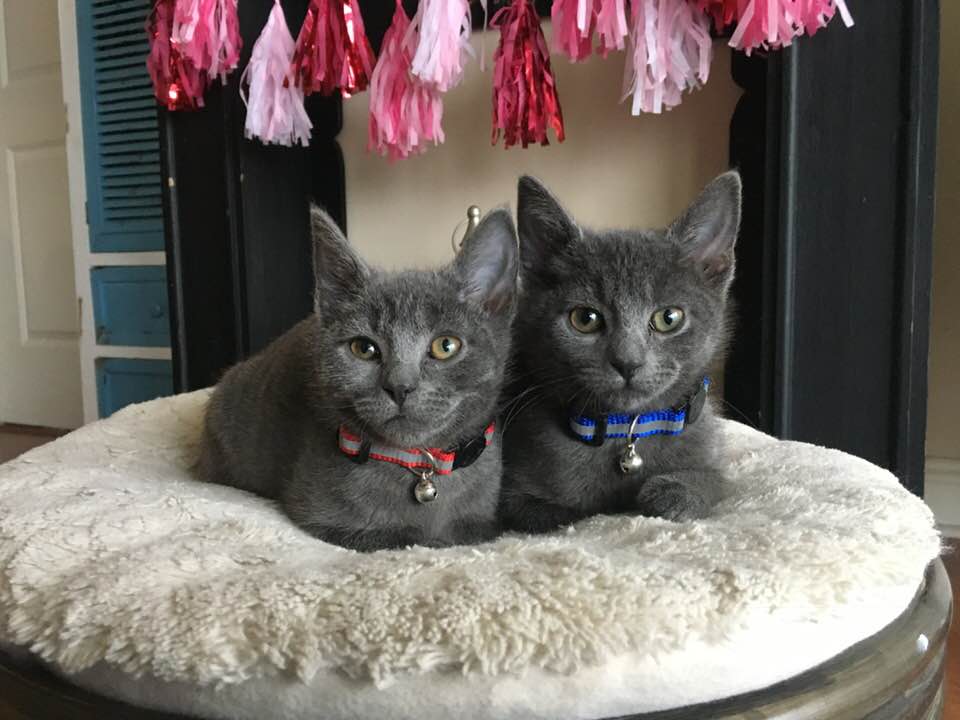 Could you just DIE?!!! And for those who know Joshua and me, they’re dying of shock, instead of cuteness because, 1. Joshua is VERY allergic to cats (like swollen face, bloodshot eyes, nonstop sneezing) and 2. We aren’t exactly “animal people.” I know I know. You think that makes us assholes, but please let me explain that not everyone is the same as you (shocking) 😉

Example…I LOVE kids and babies, and will pretty much choose to be with little ones over anyone else. Whereas the idea of spending time with kids, including other peoples’ kids makes you itch.

But here’s the deal. Our minis have been begging for us to get an animal since I moved the cake business to the cakery and out of my house. And have really ramped up the pleading now that we’re moving to a house soon. I asked Joshua years ago, “if you weren’t allergic to cats, would you like them?” And he said, “I guess so.” This prompted me to start looking into the possibility of hypoallergenic cats. In this research, I found that people aren’t necessarily allergic to the dander, but the saliva, specifically a protein found in the saliva. And that certain breeds of cats produced less of this protein.

I told Joshua that it looked like Russian Blues were an option and kind of dropped it. But I guess it got his wheels spinning and Joshua 1. loves a YOLO situation and 2. a surprise. So behind our backs, he found a rescue group that had a Russian Blue cat up for adoption and contacted them. The foster parent told Joshua that he actually had TWO Russian Blues and that they were brothers, and he couldn’t split them up. That they were completely bonded to each other and had to stay together (he was 100% correct).

Joshua was already questioning getting one cat, but now two?! Luckily, let’s go back to #1 in the paragraph above…Joshua said “YOLO” and adopted both! He brought them back to the office (which wasn’t on fire anymore,  thank god) and knew that I was bringing the girls by later that day to grab him before we all headed to the mountains. It set up the perfect place for the big reveal!

After I grabbed the minis from their schools, we drove straight there and they were SO FREAKING EXCITED!!! They couldn’t BELIEVE he actually got them kitties, and were overjoyed that they were going to be mommies 🙂 And can I just say that Joshua hasn’t had any allergic reaction whatsoever still to this day, and hasn’t had to take ANY medicine?!!! Seriously, look into Russian blues if you are thinking about adopting a cat and you have someone in your house with an allergy! 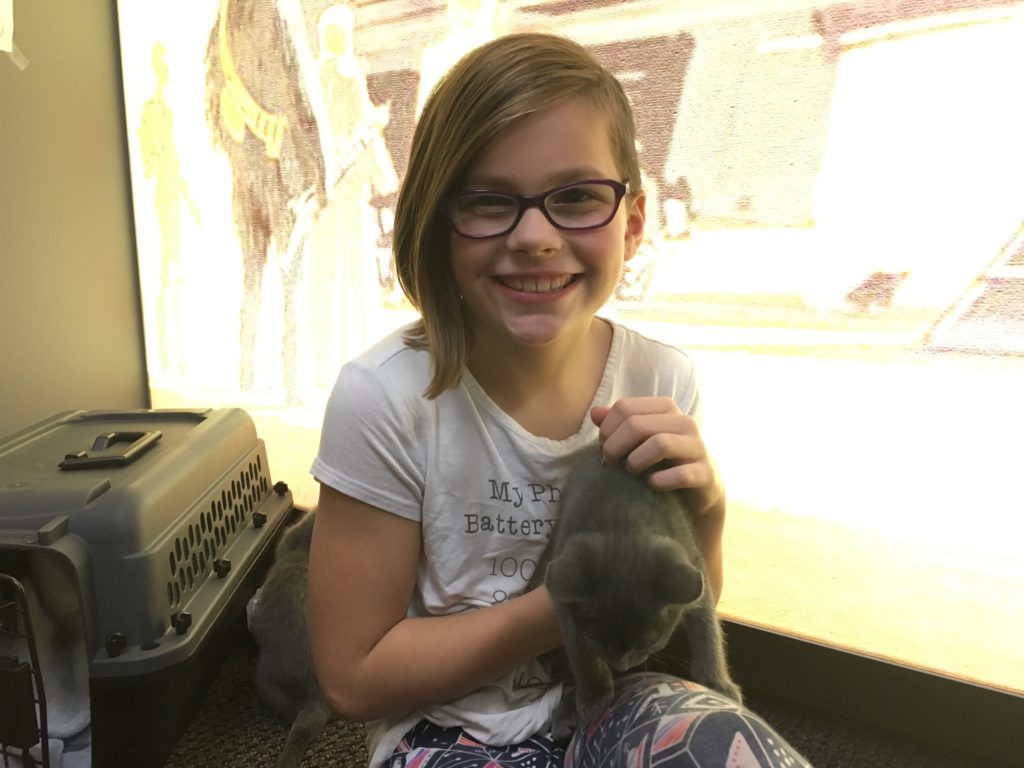 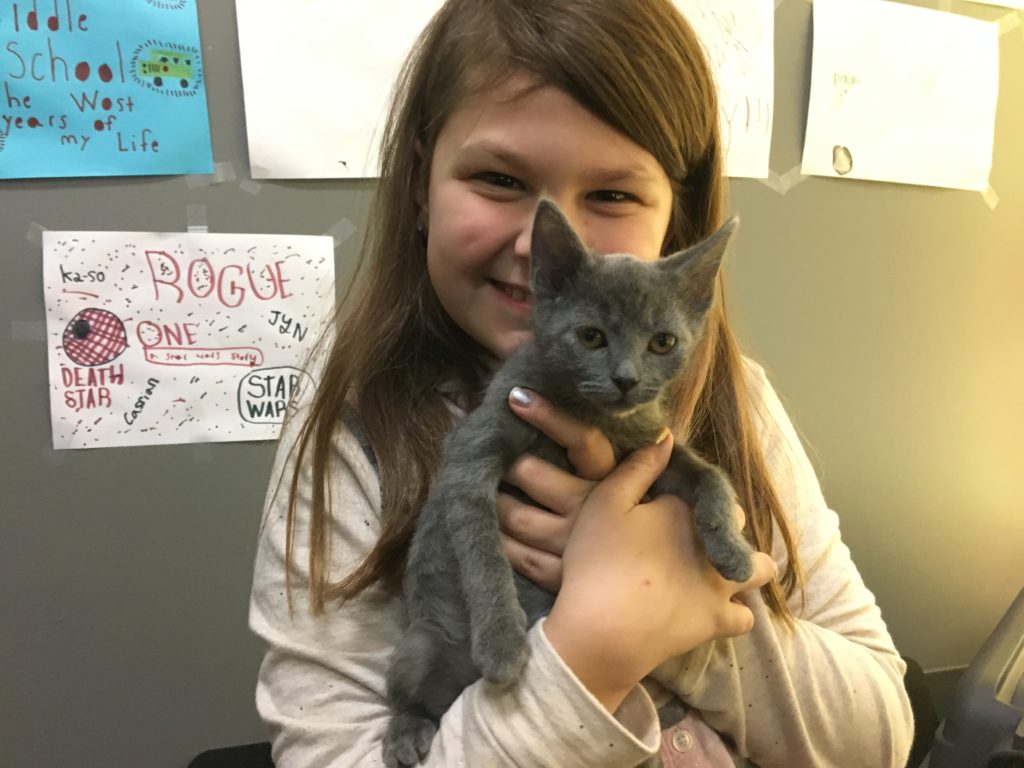 But like I said, we were headed straight to the mountains to stay with The Timmermans. Joshua had already prearranged with them that it was okay to bring the kittens with us…it helps that Kristin is the BIGGEST cat person I know! So our new sons made the trip to Blowing Rock, sleeping the whole way, and legit spooning at that! We got to the house and showed them where the litter box was, and they have been pros ever since! Not one accident, not one scratch. They really are the best kittens we could ever ask for!

We relaxed at the house all weekend, having to drive back down and up to Charlotte Saturday night for Joshua’s holiday party (which happens in January because December is always too insane), which was blast! My parents hired a murder mystery group as the entertainment and they were AWESOME!

Once we got back to Blowing Rock, it was back to relaxing and kitties and friends, and all that good stuff! The only downer is that I was sick and when I’m sick, I can’t sleep. It was three nights of almost zero sleep and sheer frustration. Luckily, owning a cake business prepared me for operating on no sleep for years on end, so I was good to go and powered through (sooooo much concealer happening under my eyes here). 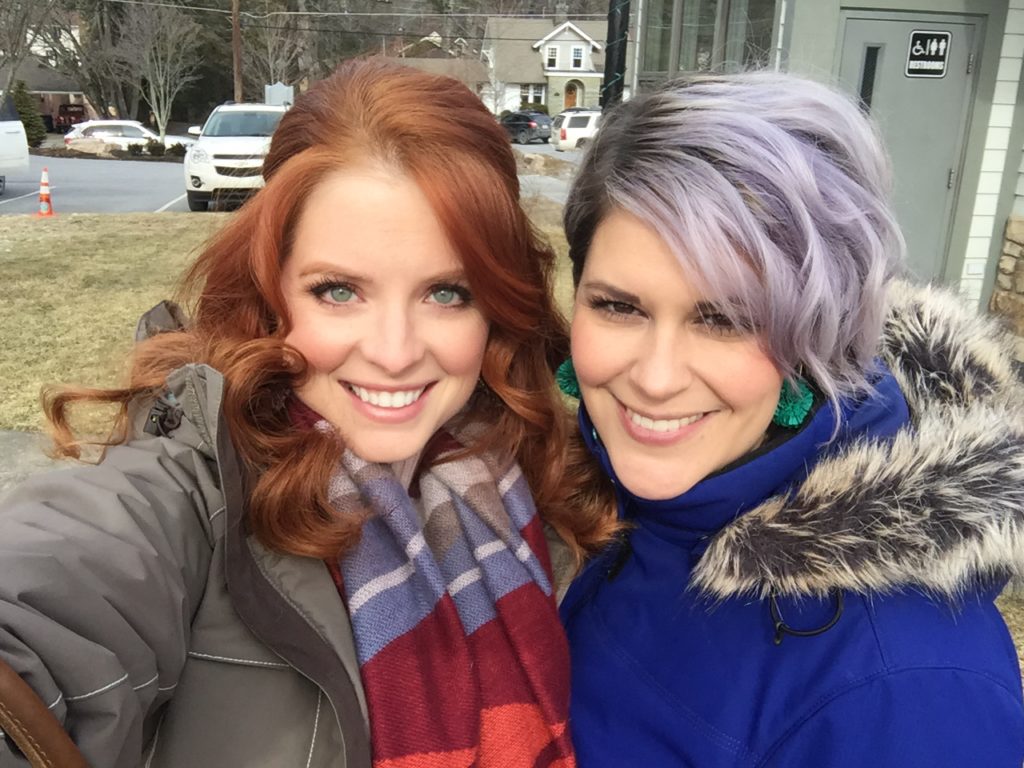 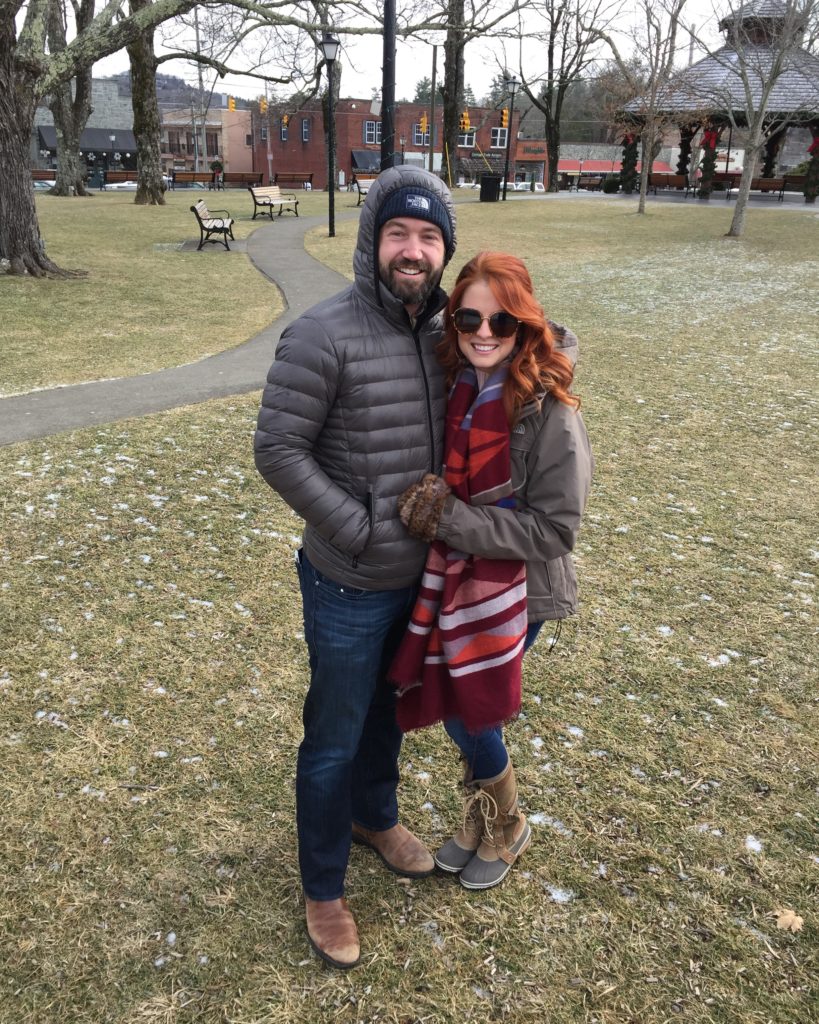 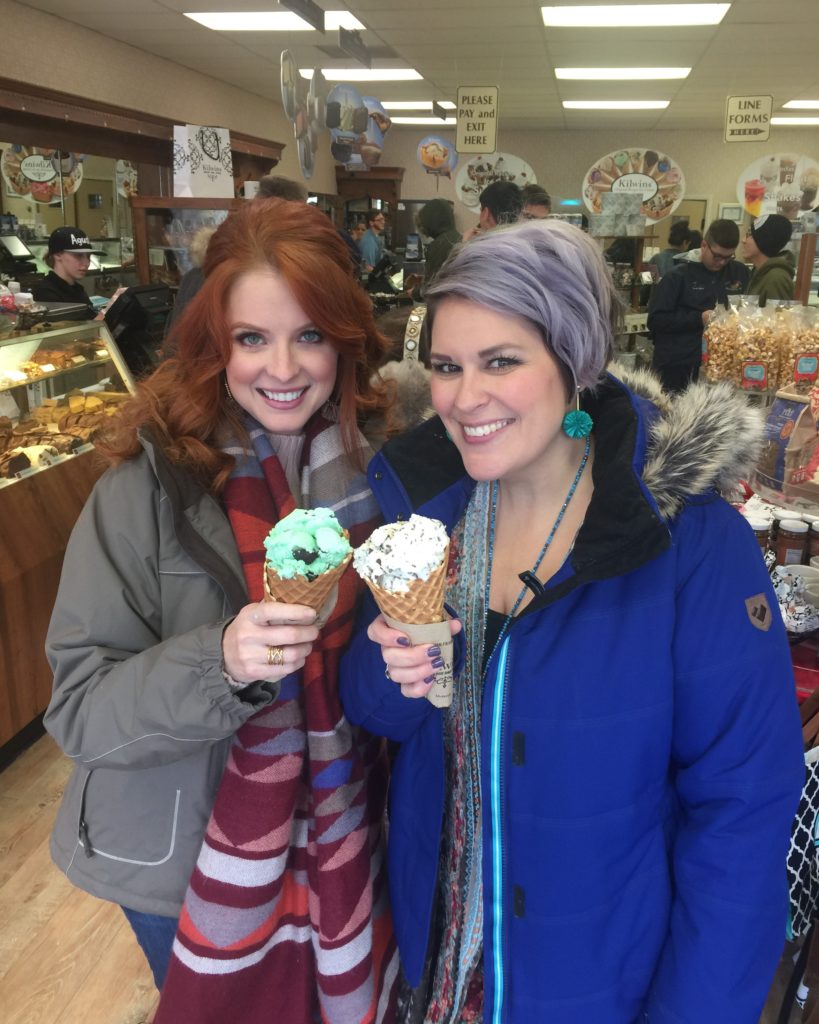 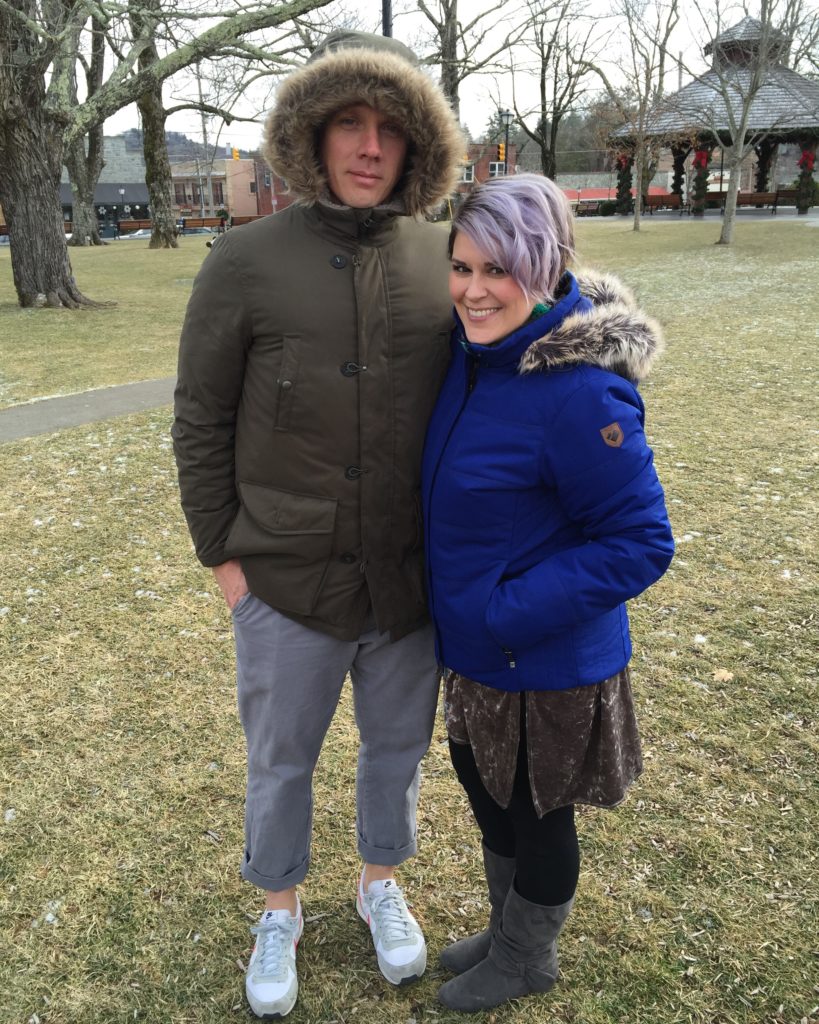 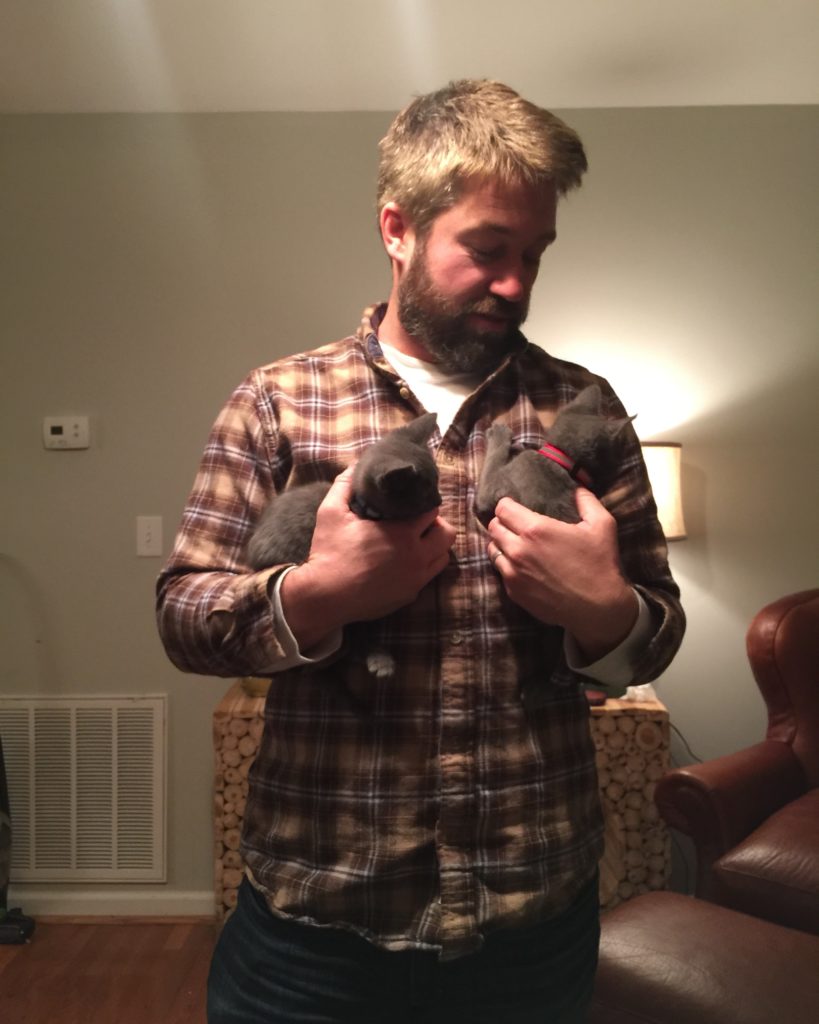 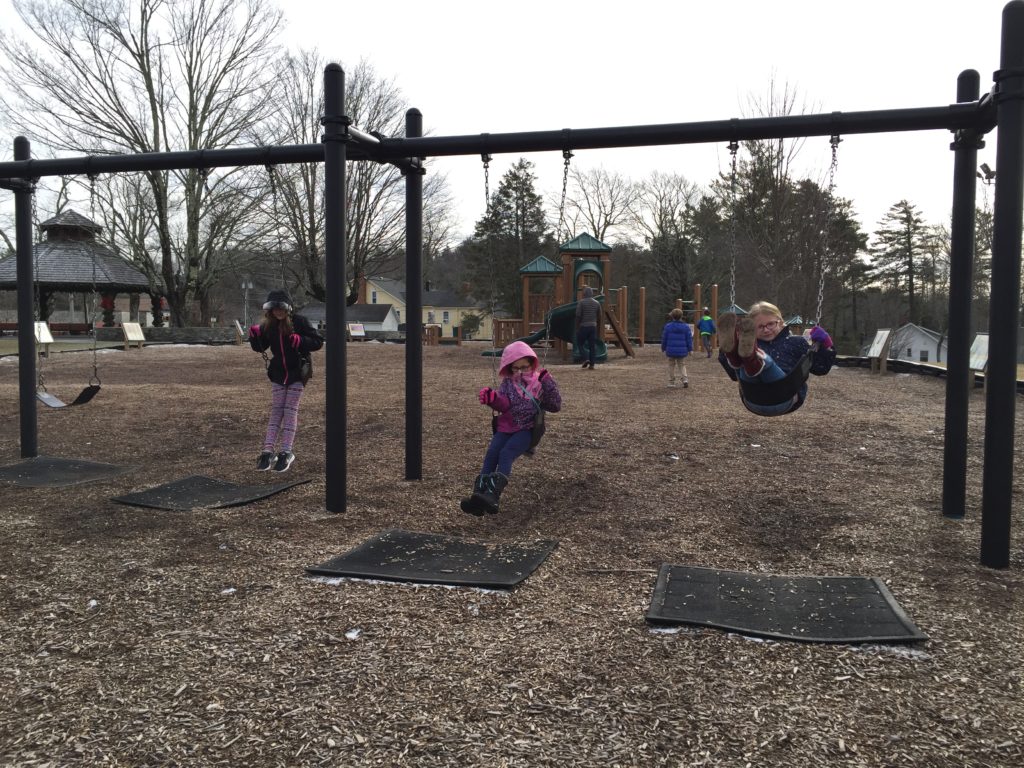 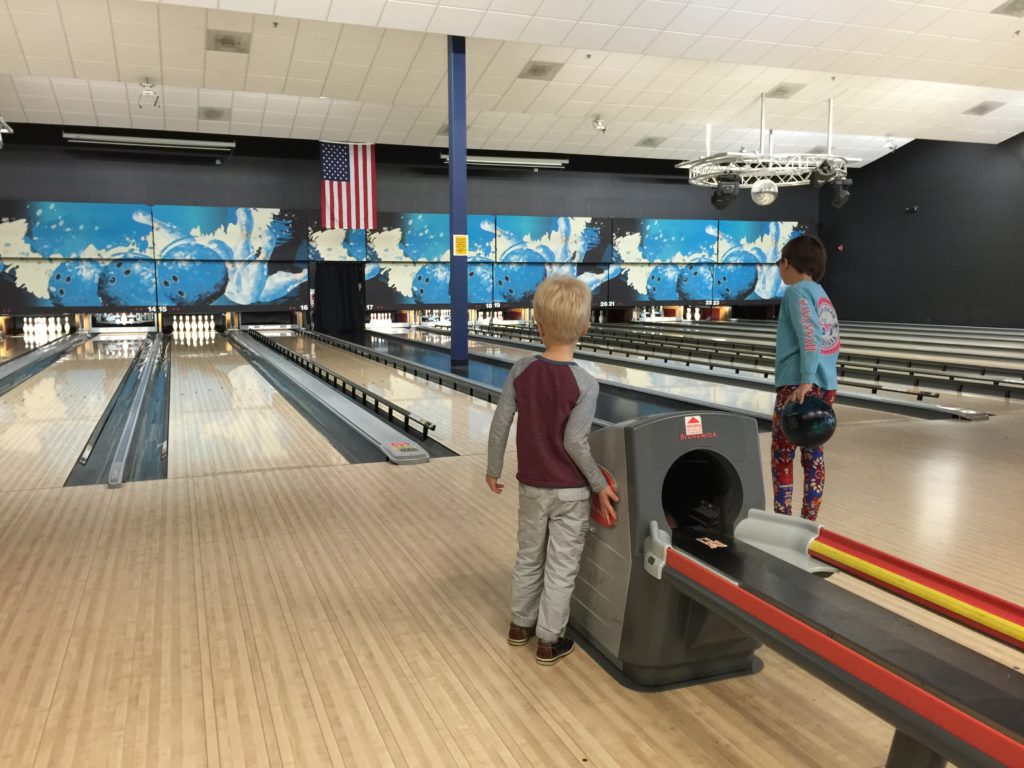 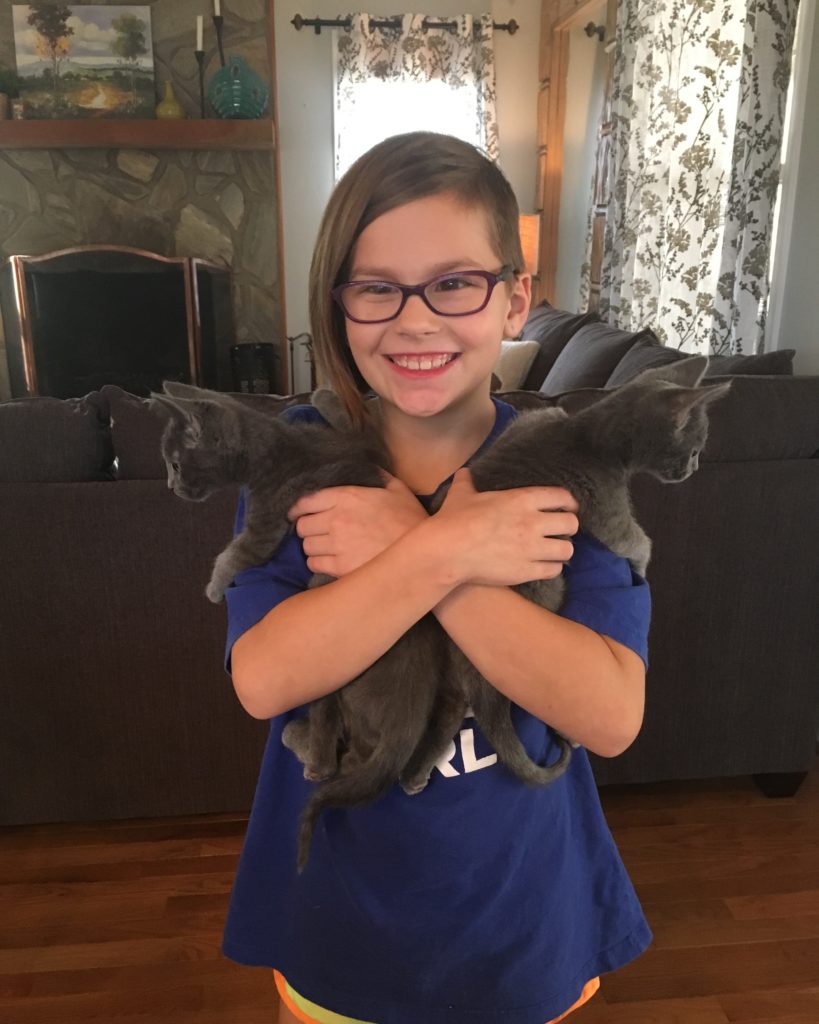 Kristin found the perfect puzzle (my favorite pastime ever) at a shop in Blowing Rock to celebrate our new family members, and we put it together over the weekend! And they even had Russian Blues on the puzzle, providing a classic photo op for our new guys 🙂

And it took us almost all weekend to come up with the perfect names for our boys! We knew we wanted them to be sentimental names, not silly, and not typical “pet” names. We love our city so much, and looked for historical names. But also loved the idea of them being brothers and wanted their names to go together. So what did we go with?!

For my local peeps, they get it! LOL! For my out of towners, we have two big lakes on each “end” of our city, Lake Wylie and Lake Norman. But the girls wanted them to have middle names too, so we went with the runners up to the first name choices, Wilbur and Orville, after the Wright Brothers, who of course got their start here in NC! So it’s Wylie Wilbur Miller, and Norman Orville Miller…quite possibly the oldest sounding names alive, but WE LOVE THEM SO MUCH! Such distinguished gentlemen…just like them!

We can’t thank the Timmermans enough for letting us bring them to the house, and teach us all about cats and their wants and needs, and give us the perfect relaxing weekend to bond with them! Joshua, thank you for giving our family these little loves. Oh, and guess who loves them the most, and who they are bonded to the most?! JOSHUA LOL!!! And I gotta admit, I’m pretty smitten with them too 😉 So I guess you CAN teach an old dog, err cat, new tricks 😉

If you have any questions, leave me a comment! And get ready for an overload of kitty pics…I can’t help myself…they’re too cute for words!

I guess the cat’s out of the bag! Okay, that’s my last cat pun for meow 🙂 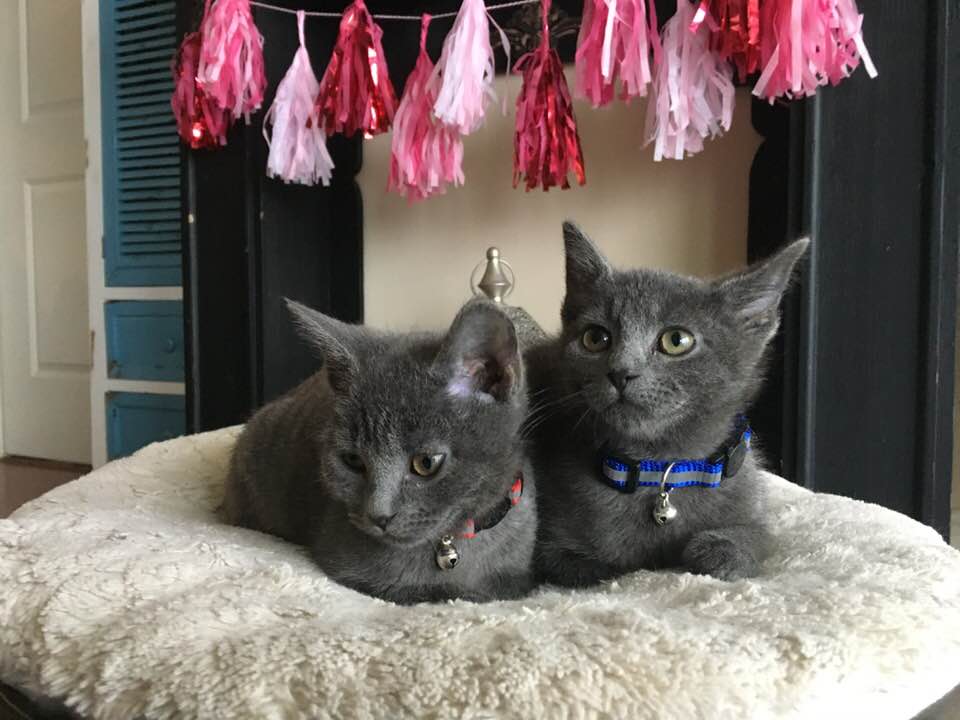 If you want to see some of the stuff I’ve snagged for them in my Amazon store, HERE YA GO!

5 ways to use CHEERIOS throughout the day! 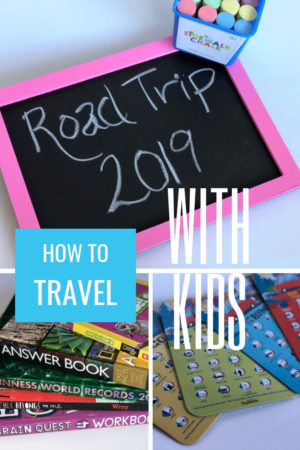 Tips & Tricks for Traveling with Kids!